Where Funny and NOT Funny Collide 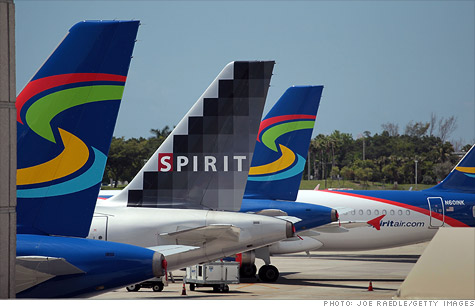 Small upstart airline, Spirit, has some explaining to do after a recent ad campaign that got them in hot water with consumers. Referencing the recent NFL flack between two offensive lineman, one an alleged bully, and the other his alleged victim, Spirit released an advertisement touting it’s low cost airfare with the tagline: “Don’t be bullied. Fly incognito.”

The PR company for Spirit clearly thought the advert was topical, catchy, and funny. Some consumers agreed. Others…well, not so much.

One critic actually conjured Orwell to denounce the campaign, citing the author’s seminal quote comparing advertising to a bucket of swill. Those are not kind words, but there were many that were much worse, and most that were unpublishable.

Granted, the NFL bullying story that the ad campaign lampoons came out of Miami, and Spirit hails from nearby Miramar. Maybe the locals have a closer bead on the public response down there. But this is not in the rest of the country.

Now the company is faced with a decision. Kowtow to the local crowd who appreciated the joke, or mollify those in the greater USA who found the stunt tasteless and “far too soon.”

It is tough to say which way to go here. Advertising in this day and age is often edgy, pushing boundaries with careful intention. Nothing wrong with that. The problem comes when that boundary line is crossed far sooner than the creators of the ad, or the company expects. Suddenly, what was meant to be a funny quip becomes an insensitive slap in the face to someone’s Most Important Issue. More so when the ad is taken out of context, which, in this day of memes, and constant media, it certainly will be.

Sometimes a joke is funny in the moment, and then that moment passes. But if the joke is repeated continually, it becomes less funny, and more offensive. It’s a balance all good comics understand well. Many times a joke is only funny if you don’t think too much about it.

Unfortunately for Spirit, thinking about it is exactly what the American public is doing. They’d better act before the people make up their minds.